Getting cultured and that...

Last thursday I headed back to the Tate Modern, this time I actually went inside! I intended to get to both the Tate Modern and the Tate Britain galleries but I had my first public transport mishap. I meant to get the central line to St Paul's but instead got the district line to St Paul's Park. Very different places, let me assure you. Eventually I got back to my intended destination, though the light was fading pretty quickly.
I have to be honest, I don't have a huge appreciation for modern art so most of the exhibits were a bit lost on me. I did enjoy the photography displays though - some of the photos really were amazing. On the tope level of the building is a cafe and a balcony, from which you can see this... 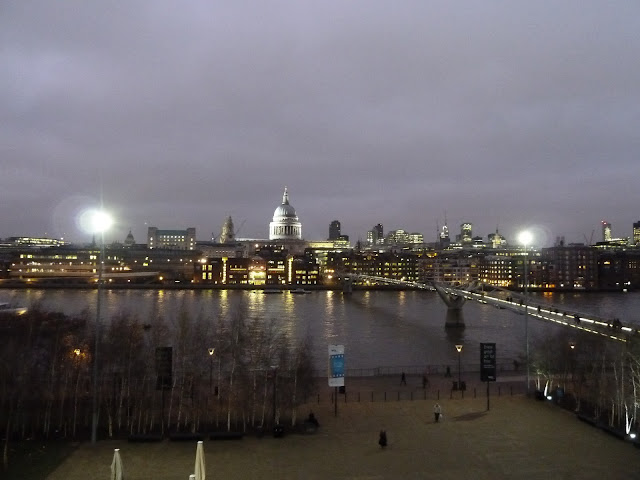 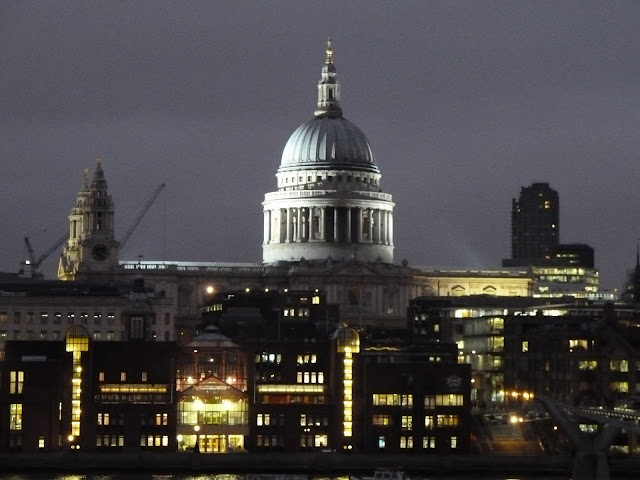 The Tate Modern building is in itself pretty impressive. It was built in 1947 as a power station. Essentially it is just a shell with very little internal infrastructure. I tried photographing the inside of the building but there were hardly any lights (other than on the levels with displays) so they just came out as black blobs.
Relative to my other sightseeing adventures this day was pretty short. After the Museum I headed home. Although, I did see the lead singer from Sneaky Sound System on my walk past Shakespeare's Globe. She was pretty easy to recognise with her white afro! Best game of 'Spot the Famous Person' ever, although I'm not sure it counts if you are playing by yourself.
Posted by Taylor at 1:09 PM