I'm all over it now

Ok, so I'm more than a bit behind with my posting. In my defence the last week and a half has been a bit on the hectic side. But now, you'll be happy to hear, I'm sick which means plenty of time to catch up. By the end of today I'll be all over it. I'm tempted to just put it all together in one epic post but for the sake of any readers I have, I will break up the monotony in to separate posts.
So, in the week before I headed north (16th - 20th Jan) I crossed off some pretty big things from my 'to-do' list.
Tuesday the 17th: Tate Britain and Shakespeare's Globe


Of all the galleries/museums I went to while in London I think I liked the Tate Britain the best (or, at least as much as the National Gallery). It was a little tricky to navigate around with all the little rooms that connect to a million other rooms but I didn't take as long to get through as I anticipated.
I really appreciated the diversity of the exhibits. The big one at the moment is the Romantics exhibit. There is one painting in particular that has stuck with me, which is unusual because I tend to find Romantic paintings a bit depressing and same same. That's not to say that Henry Wallis' Chatterton (1856) isn't depressing, I mean it is, after all, a suicide scene. It was a bit unclear as to whether we were allowed to take photos in the gallery so I didn't risk it. Consequently this image is just from the net. 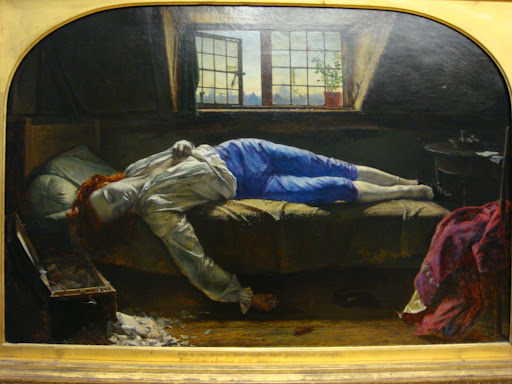 The subject was a 17 year old poet who killed himself with arsenic; Byron titled him a martyr to the art. Not so sure about the martyrdom bit, I just think it is a beautiful but tragic painting, the fact that it is based on a real person only makes it more so. This photo doesn't really do it justice but the boy's hair is painted an amazing bright orange.
Enough arty faff (can you tell I have no idea what I'm talking about when it comes to art...??). As well as this painting, there was a collection of photos that I absolutely loved.
Tucked away in a corner were 6 David Bailey photos. I've not long ago read about David Bailey and have been dying to see some of his original work so I was pretty damn excited to come across this tiny collection. Once again I wasn't sure about taking photos so this image is courtesy of good old google.
The Michael Caine shot is definitely my favourite. I also like that he photographed photographers, although I 'spose David Hockney is first known for his painting rather than his photography.
Alright, now for some photos that I did take. 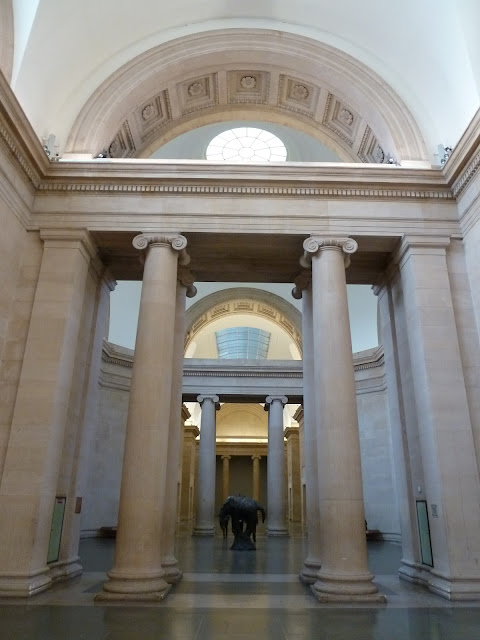 After dragging myself away from the Britain I jumped on the underground, Globe bound. I got there in time for the last tour at 4:30 so, understandably, the light was fading pretty quickly hence the golden blurry photos below.
I have to warn you, these photos aren't very good because the tour guide didn't give us much time. Not that I'm blaming her for my lack of photography talent.

Before the tour started I had time to wander around the little museum they had upstairs. 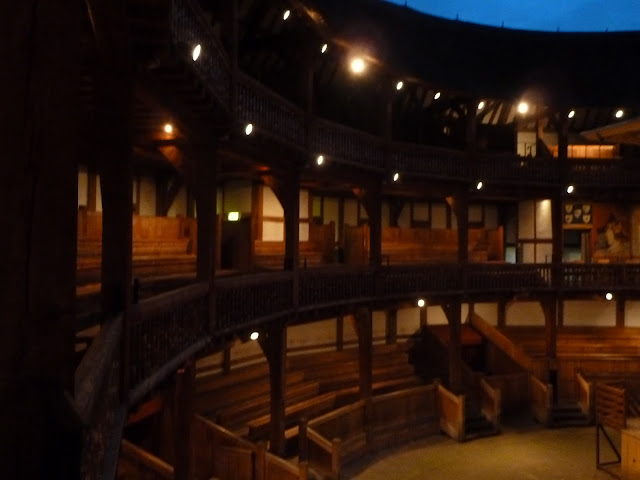 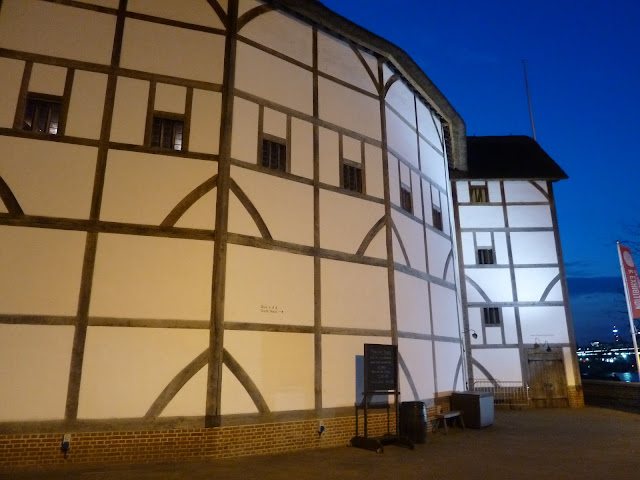 I was a little disappointed with the tour to be honest. Actually, I think we just got a dud tour guide. She was a bit pushy and rushed us so we didn't get long to take photos, hence the atrocious quality of what you've just seen. Still, it was pretty amazing to be there, even if it is the third reincarnation of the theatre. The first Globe burned down after a cannon was fired as part of a performance of Henry VIII and embers landed on the thatched roof. Thanks to those nutjob Puritans, the second one was destroyed after the Civil War.

It was lovely to see, I only wish I'd gone earlier and had more time to enjoy the space.
Posted by Taylor at 3:45 AM